On November 8, 2012, John Adams (not his real name), a retired, 70-year old man who had a history of mental illness, was at a gas station.  Two sheriff’s deputies responded to a report from the convenience store clerk of a disturbance caused by Mr. Adams.  The deputies determined that this was a Baker Act situation and asked Mr. Adams to go with them to Tallahassee to talk to a doctor.  The deputies reported that Mr. Adams was defensive and non-compliant. Mr. Adams informed the deputies that he wasn’t getting into the patrol car, that he was leaving, and challenged the deputies to stop him. John Adams turned to walk away and, without warning, one of the deputies shot Mr. Adams in the back with a Taser dart-firing, stun gun causing Mr. Adams to fall from the sidewalk onto the asphalt parking lot a few inches below, cutting open his head and rupturing his bladder.

Mr. Adams had committed no crime, lacked combative skills, had no access to weapons, was outnumbered by much younger men, and lacked physical conditioning.

Mr. Adams was taken by ambulance to Tallahassee Memorial Hospital for emergency care.   After admission to the hospital, Mr. Adams declined rapidly and went into septic shock.  He was transferred to the ICU.  Later that day, a surgeon repaired Mr. Adams’s ruptured bladder and returned him to the ICU for the next several days.   On or about November 16, Mr. Adams transferred to an intermediate care unit. He was apparently getting better, but 3 days later his breathing became distressed.  Mr. Adams was unable to survive the acute respiratory failure that he was experiencing and died around 5:00 p.m. on November 21, 2012 – the day before Thanksgiving.

After notifying the Sheriff of the family’s wrongful death claims as required by statute and attempting to amicably resolve the claims without litigation, David Switalski filed suit on behalf of Mr. Adams’s two adult daughters. The daughters sought compensation for the lost parental companionship, instruction and guidance of their father,  their own mental pain and suffering, and funeral expenses.

Following eight months of litigation, which included deposing the deputies involved, gathering voluminous medical and law enforcement records, and retaining an expert in law enforcement procedures and practices, the Sheriff settled the case for $175,000. 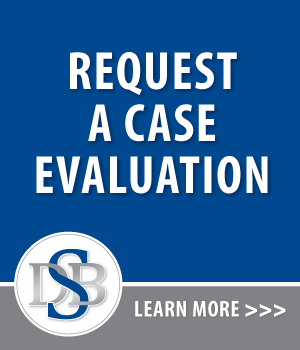